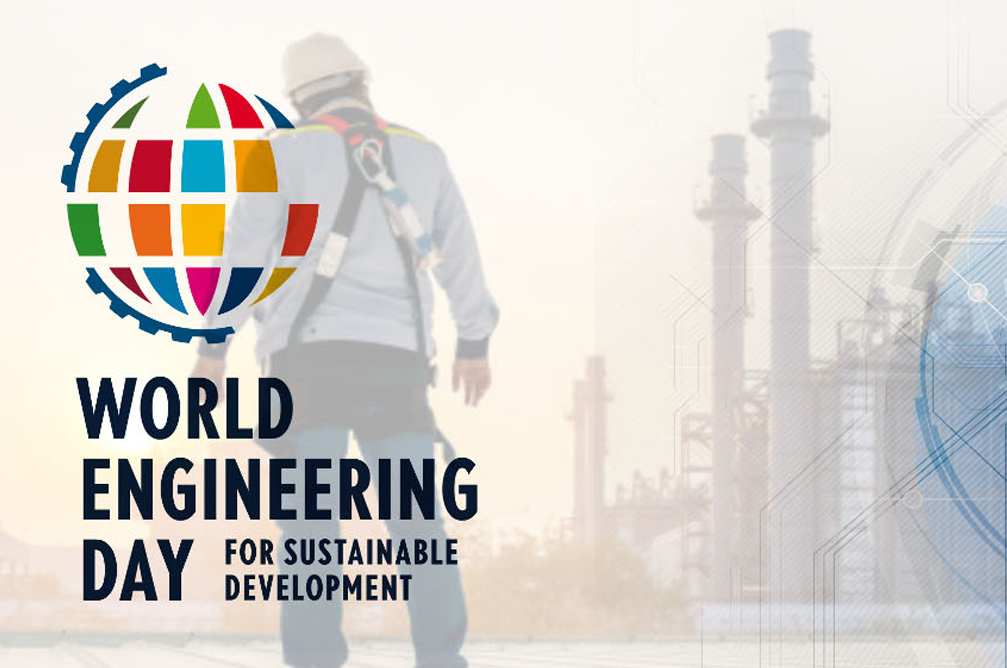 The 40th General Conference of UNESCO held in Paris, France in November 2019 has adopted a resolution to formally proclaim March 4th of every year a World Engineering Day for Sustainable Development (herein shortened to ‘World Engineering Day’), celebrating and recognizing the contributions of engineers and engineering technologies to the modern world, and lifting general public awareness of the crucial role played by engineering technologies in the betterment of human livelihood and advancing sustainable global development.

The World Federation of Engineering Organizations (herein shortened to ‘WFEO’) initiated the proposal to set up a World Engineering Day. China Association for Science and Technology (herein shortened to ‘CAST’) and Chinese Academy of Engineering (herein shortened to ‘CAE’) along with more than 80 national and regional engineering organizations voiced strong support for the WFEO proposal. UNESCO-China National Committee promoted the proposal, which was seconded by a coalition of more than 40 countries including China and Namibia at the UNESCO Executive Committee Meeting. UNESCO succeeded in proclaiming March 4th, the anniversary of the founding of WFEO in 1968, as the day of celebration for the international engineering community.

Engineers and engineering make significant contributions to promoting sustainable global development. The World Engineering Day is set up, first and foremost, to better assist the engineering community in carrying out this important task. While addressing the 2019 SDG Summit, UN Secretary-General António Guterres pointed out that accelerated action was required to realize the Sustainable Development Goals (herein shortened to ‘SDGs’) on schedule. Engineering technologies are crucial to the realization of the 17 SDGs formulated by the UN by 2030, especially those concerning clean water and energy, building resilient infrastructure and tackling climate change. The UNSDGs put before us an ideal master plan, and it is up to the engineers to turn that blueprint into reality.

Engineering makes the world a better place. Engineers and engineering technologies are required to build something as small as a computer chip and to complete a task as grand as the exploration of the cosmos. Looking back, we are proud to see that throughout the entire human history, science and engineering were the tools for exploring the world and betterment of human livelihood. We also clearly notice the gigantic challenges faced by mankind in achieving sustainable global development. The UNSDGs Report points out that billions of people are still living in poverty; the imbalance in regional and national development is becoming more pronounced; the gap between rich and poor as well as access to opportunities and power remain significant; gender inequality is still a major obstacle. Threats of a global pandemic, more and more frequent and increasingly severe natural disasters, continuously escalating conflicts, violent extremism and terrorism could sabotage the bulk of the development achievements of past decades. Depletion of natural resources and deterioration of the environment bring with them consequences such as desertification, droughts, land degradation, scarcity of freshwater and loss of biodiversity, as well as the continued rising of global temperatures, all of which environmental challenges the world is facing  like never before. Accelerating global transformation and realizing sustainable development is a shared obligation of mankind, and engineers and engineering technologies are essential in this cause.

Throughout modern world history, the thriving of nations had always been closely tied to industrialization. The adaptation and application of the most advanced engineering technologies at the time was the key to successful industrialization. Based on non-exhaustive statistics, more than 50 nations have set up their own national Engineering Days or Weeks; China, however, is not yet one of them. This makes World Engineering Day more significant to China.

The 19th CCP Congress Report made a clear point of the necessity of building a modern economic system in order to deepen the supply side structural reform. One of the keys to this is to ‘accelerate the efforts in building China into a strong manufacturing nation’. Since ancient times, China had been graced with brilliant engineering feats such as the Dujiangyan Dams and the Grand Canal. In Modern China’s journey from a nation with threadbare, inadequate industries to what is today a great manufacturing nation, engineers’ hard work and the development of engineering capabilities played integral roles every step of the way. Since the reform and opening up, Chinese engineering projects and capability growth have caught the attention of the world. Industrial technology upgrading will be one of the driving forces for the stable economic growth for China in the future, and Chinese engineers, creative and highly dedicated, are the main taskforce to carry out this important job. They will demonstrate their craftsmanship in the competitive global industries, making ‘Made in China’ and ‘Chinese Quality’ shining laurels for China as the manufacturing powerhouse. This is especially evident under the Belt and Road Initiative, which allows Chinese engineering to go abroad, bringing more and more projects for public good to countries along the route, creating jobs, improving living standards, and promoting local socio-economic development that in turn makes significant contribution to sustainable global development.

China has demonstrated its capability in becoming an important engine to world engineering development. The engineering education system and the talent pool building for engineers are integral to this capability. At present, more than 1.4 million bachelor students for engineering graduate every year in China. Engineer dividend has now replaced demographic dividend to become an important driving force behind the high-quality economic growth in China. As the world becomes increasingly globalized, the existing capability building and management systems for engineers could no longer meet the new expectations of dealing with the present challenges, and the institution of Chinese engineers is undergoing reform to adapt to the new circumstances. What is worth mentioning is that CAST, on behalf of China, has formally acceded to the Washington Accord in 2016, which means undergraduate level engineering disciplines have since achieved international recognition. CAST will continue to work on the international mutual recognition of engineers’ qualifications and accreditations to facilitate Chinese engineers’ endeavors to work abroad, assisting the Belt and Road projects and contributing to the common destiny of mankind. As the premium national engineering think tank, CAE is dedicated to promoting strategic consultation, academic leadership, science and technology services and engineer education and training. Academicians based around the country work in different capacities pushing the boundaries of science and technologies tirelessly, tackling difficult engineering technological problems and making important contributions to promoting national science and technology advancement, socio-economic development and maintaining national security.

Since the beginning of this year, China is undergoing the most severe test that is the COVID-19 epidemic. The engineering and technology community has proactively responded to the call of the CCP Central Committee and the State Council to throw themselves rapidly into various trenches of this ongoing war against the epidemic, extending a helping hand to the affected areas, and demonstrating astounding ‘Chinese speed’ to the world. Global resources and logistics channels have been mobilized to procure medical and personal protective equipment supplies. Engineers took upon their shoulders the responsibilities befitting their role as the backbone of a great nation. Their contribution to fighting and winning this war against the epidemic has received full commendation from the CCP Central Committee and the State Council.

China will take the inaugural World Engineering Day as an opportunity to continue its effort in enhancing effective communication with the international engineering community in an open, inclusive, collaborative and mutually beneficial manner; placing a stronger emphasis on engineers’ education and training, joining efforts with the international community to enhance engineers’ capabilities; taking the UNSDGs as essential elements in the engineering capacity building process and enhancing engineer mobility. Respect engineers, promote craftsmanship and encourage more newcomers to join engineering practices, fully mobilize their proactivity and continue to contribute to the sustainable development of the world we share.

China Association for Science and Technology